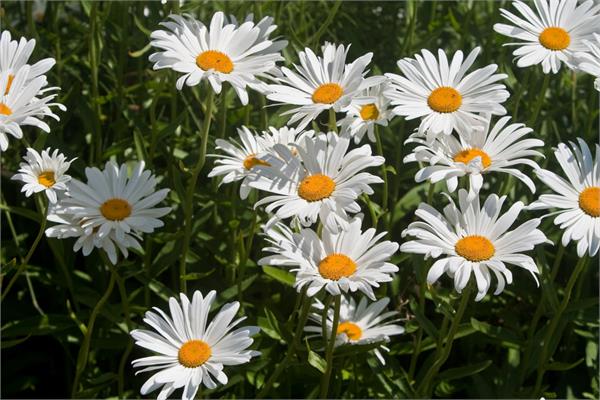 Roman Chamomile with its many therapeutic uses have dubbed it one of the safest household remedies known. It’s been proven to be beneficial in the treatment of headaches, insomnia and disorders of the stomach, kidney, liver and bladder. Roman Chamomile dates back as far as the ancient Egyptians who used it for skin care, incense and medicine. Fragments of the plant have even been found in Egyptian tombs. An interesting fact about Roman Chamomile in particular is its ability to protect any other plant from infections within its proximity.

Our freshly decanted Roman Chamomile essential oil will last for 2-3 years minimum from when you open your amber glass bottle if stored correctly:

Keep in a refrigerator at around 4 degrees celsius.

Roman Chamomile Oil is a heavenly aromatic oil which has a spicy and fresh presence and also has a hint of the sweetness of apples.

Roman Chamomile has a delectable scent with refreshing and calming properties. Apart from its exotic aroma, you may also find relief from muscular pain, flu, colds and skin infections.

How To Use Roman Chamomile Oil

Ayurvedic Use Of Roman Chamomile

What Blends Well With Roman Chamomile?

Possible Substitutions From Our Range?

PLEASE REMEMBER: All our exotic and rare (hence more costly) essential oils and absolutes are available in jojoba. This allows you the benefit of enjoying Roman Chamomile Oil but in a jojoba oil base at a great price. An extremely cost effective way to experience Roman Chamomile.

You can find all the essential oils or absolutes in jojoba here.

General
Some essential oils may cause photosensitivity to the skin-Use diluted in Jojoba or other complete carrier oil.

Do not ingest essential oils.

Do not apply to eyes, sensitive areas or mucous membranes.

The information on this website is not intended to be used in the diagnosis, treatment or mitigation of any physical or mental illness. Ahimsa Oils offer no advice or recommendations only general information. No therapeutic claims are made within.

Pregnant women, nursing mothers and children should not use essential oils without first consulting an appropriately trained healthcare practitioner.

The statements on this website have not been evaluated by the TGA. David Bosley however worked for a long period however in consultation with the TGA to ensure correct labelling with reference to the Ahimsa Oil product range.

For transportation purposes, this product is classed DG due to flash point of 52.7°C

Customers who bought this also chose;

Proudly open for over 30 years

Subscribe to our newsletter
Be the first to receive special offers, tips and latest news.